Share on facebook
Share on linkedin
Share on twitter
Share on email
n this episode of Inside the Vacuum, Marcel Klimo has an interesting conversation with Paul Taylor, CEO of Thought Machine. Thought Machine is focused on solving banks’ legacy IT problems and developing a new banking infrastructure that works in the cloud.Prior to tackling this banking industry challenge, Paul ran the Google Speech Group in London which developed the Google Text-to-Speech system. He started to learn to code as a teenager and he has always wanted to be a creator. Based on his journey, he turned out to be a great one.

Migrating to the cloud – a must have in the 20’s

The tech giants, Google and Amazon in particular, have revolutionized the way that competition works over the internet. There is also a revolution happening in banking with the advent of digital challenger banks. How can traditional banks respond to these twin threats? Thought Machine is working on bringing the next generation of core banking technology into the picture, as banks have not kept up with best practices in technology and have suffered multiple problems as a consequence, including outages and reduced uptime.

‘The modern consumer wants digital-only experience in many cases, all these things become harder and harder to produce. So if you want to keep up, if you want to have all the benefits of modern technology, we’re offering this new platform that’s in the cloud.’ – Paul Taylor

Thought Machine started with the core banking engine – the technology that runs the financial part of the bank. While they meet between 10% and 20% of a bank’s core technology needs today eventually they want to build out Thought Machine to such an extent that banks will be able to quickly and effortlessly create their own platforms from scratch.

Thought Machine is mainly focusing on retail banks today, with a goal to serve all customer segments in the future. They already work with Lloyds Bank, Atom Bank and SEB Sweden. Most recently, Thought Machine has been contributing to an interesting initiative in Hong Kong – they have been collaborating with Standard Chartered for the last 18 months to build their new digital bank – Mox.

‘So that’s a really cool proposition. You’re jumping from the UK all the way to Hong Kong to kickstart a bank over there.’ – Marcel Klimo

How was the idea born?

Before Thought Machine, Paul had been working in speech technology and his company was acquired by Google.

‘A part of me was always saying, why did Google buy my company instead of my company buying Google? And I think it was good to see at first hand that the best Silicon Valley companies want to handle problems that scale.’ – Paul Taylor

He realized that the best tech companies are looking for opportunities that have mass market appeal, things where technology can really make a big difference.

‘This thought process was leading me to: what is an area that is kind of somewhat undiscovered and neglected, which has an enormous market, that a lot of people use and where we can add an advantage? So when we started Thought Machine, we were very interested in Fintech because being in London, it was somewhat the natural thing to do.’ – Paul Taylor

Even though his team had no experience in banking before Thought Machine, they could approach the issue as a transaction processing challenge, where the actual nature of the transaction was secondary. For example, William Montgomery, the CTO at Thought Machine worked in AdSense at Google previously where he was familiar with high volume traffic, databases and customers distributed around the world. That experience could be readily applied at Thought Machine.

Observing the operations of challenger banks, they quickly realized that communication with their core banking platforms was always a pain point and was often a barrier to change.

‘We also thought that if we could do this and fix this properly, this would really be the kind of killer feature, that would really solve the core problem in the bank.’ – Paul Taylor

At Thought Machine they knew it would be difficult to build the ‘foundation of the house’ again, but they dedicated themselves to develop a core banking engine in the cloud.

‘We were confident that we had the skills in terms of the core database technology layer, how to build a microservice architecture, and how to build things in the cloud. And then, are there regrets that we taught ourselves core banking? It turned out to be a bit more complicated than we first thought, but our naivety also served us well because we said – well, what’s the difference between deposits and loans? And the answer is, one’s just a flip side of the other. And therefore we’ve got a single system in our core engine vault that deals with mortgages, credit cards, personal loans, savings, the whole thing is done on a single framework. I think our pure engineering product design approach made that path natural.’ – Paul Taylor

Differences in the frame of mind

Banks traditionally think vertically, where the technology aligns to the processes. Thought Machine’s approach is horizontal and functional. For example, instead of differentiating mortgages, saving accounts, etc., all the products operate in one way and all the payments operate in a single way, and this just creates a vastly simpler system in the end.

‘It’s about really coming back to those first principles: there are a lot of workflows in the bank, but they’re all workflows. So abstracting that away into something that is not necessarily unique for every single department or every single one of these silos, but rather generic, and then just applying the design for this specific product is really something that, from the early days we saw, made sense.’ – Marcel Klimo

From Thought Machine’s perspective, banking is a universal activity as all societies and all countries have to deal with it. In essence, however, banks themselves are not fundamentally different. They are lending money, taking deposits, and assessing risk in a very similar way.

‘Occasionally you do see that there’s some kind of product specialization or particular culture, but normally that’s relatively digestible compared to the whole size of the bank. So you find that one country’s mortgages are done in one way, and another country has done it slightly differently, but from a software point of view these are relatively small differences.’ – Paul Taylor

We also have to distinguish between necessary and unnecessary complexity when it comes to the standardization of these processes.

Learn more about how to build a digital bank in our FREE guide prepared in collaboration with Thought Machine.

What was leading Paul in his journey towards banking?

Even with the Google Text-to-Speech system, there was a level at which Paul was one of the very few people who knew how to work with the system. At Thought Machine, they managed to create a much more balanced work dynamic with Paul taking responsibility for the strategy and the vision.

‘The key art in software design is how to make the system very flexible, very configurable, but without changing the software.’ – Paul Taylor

According to Paul, he does not have the same level of domain knowledge in banking as in speech technology, but he learned the lesson of a lifetime at Google: how to build highly scalable systems.

Paul says that a bigger jump was not the technical challenge but the fact that they’re selling to a totally new industry. That has been a lot longer transition than simply understanding the technical nature of the problems.

Banks thought that they could maintain their unique position. We all know that it’s easier to stick with an old system than replace it. But the gap between their technology and today’s technology has just been getting bigger and bigger.

While we now find that cloud solutions are everywhere, adoption within banking has been very slow despite the fact that cloud computing services are increasingly very regulator friendly.

Competition from the challenger banks has changed user expectations and all those pressures together add up to the banks having to move now.

‘And how are banks gonna keep going, where are they going to find the people with the technical ability to run those data centers with the mainframes and all these sorts of things? It’s not credible. So the change has to come.’ – Paul Taylor

Would Paul have done something differently knowing what he knows now?

‘There’s always things you could have done better. I think one thing was that we didn’t commit to building the core banking as our only product for quite some time. But generally, no, I think we got most of the big things right.’ – Paul Taylor

But of course, building a company takes experience, dedication and energy. Paul’s recipe is developing a skill set that you can apply to various parts of the organization.

‘I don’t think creating a company is any different from creating a piece of software. I mean, you’ve got different modules and you all have to work together. We put tremendous pride in Thought Machine being a happy company.’ – Paul Taylor

Inside the Vacuum podcast explores the lives and journeys of founders and technology leaders as they work to overcome challenges while building products in an ever-changing world. This episode was hosted by Marcel Klimo from Vacuumlabs.

PrevPreviousMoving your bank to the cloud. The right way.
NextWhy every bank needs a vault in the cloudsNext 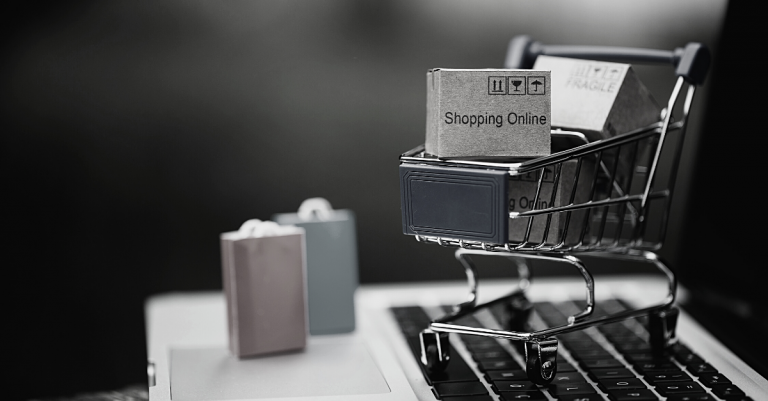 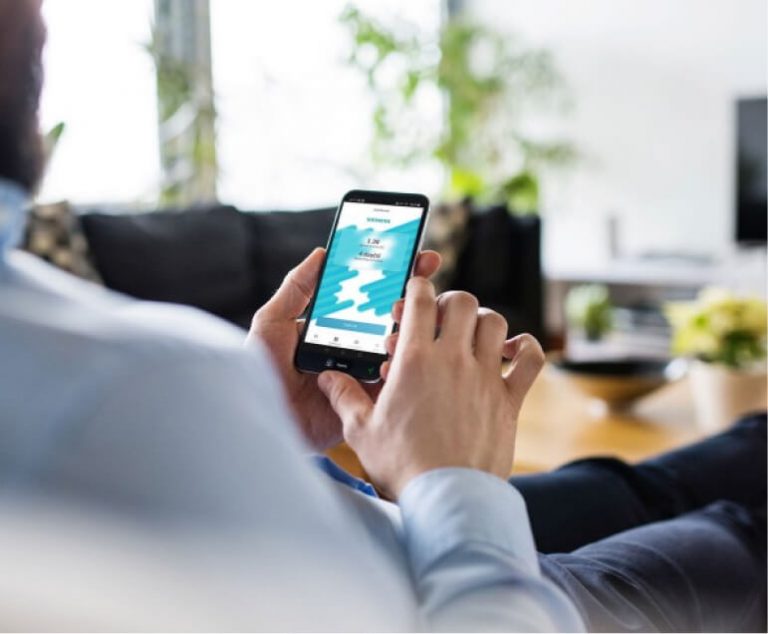 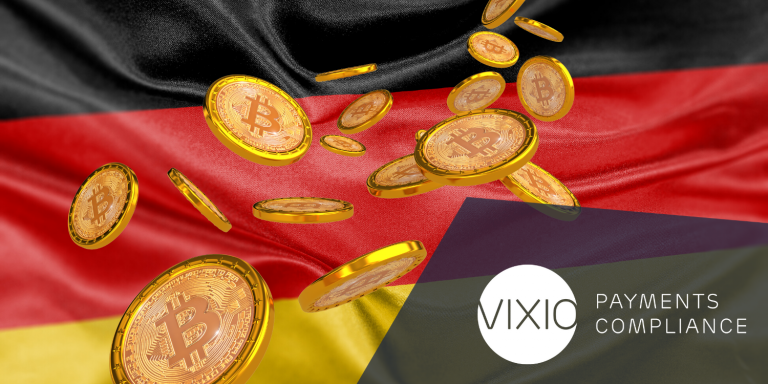